In the face of Rabat’s silence, Madrid informs that Morocco will open the borders on July 10 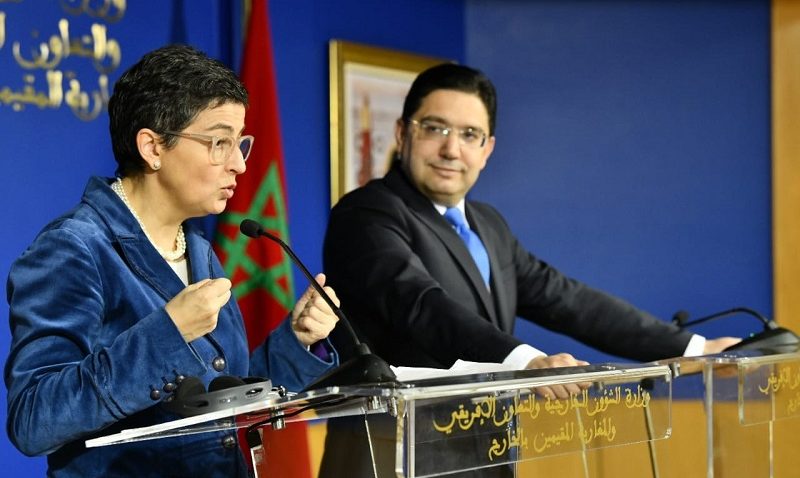 The Foreign Ministers of Morocco and Spain

The European Union has decided to open borders with 15 countries, including Morocco, but Rabat has not made a decision on this point. In the face of this silence, Madrid confirms that Morocco will open its borders on 10 July. Last Friday, the ambassadors of the Member States agreed on a “compromise text” on the criteria for selecting the countries that will be able to resume trafficking with the EU. This proposal includes a first list of 15 countries allowed, including China, Morocco and Australia, but leaves out most of them, including the US, Russia and Brazil, for fear of new epidemics. As for the Maghreb or North African countries, Algeria has announced that it will not open its borders with foreign countries until it has effectively controlled the pandemic. Tunisia took the decision to open its borders a few weeks ago, for two reasons, firstly because it controls the pandemic on its territory, and secondly because the country’s economy is heavily based on foreign tourism. As always, Morocco is maintaining a fuzzy position. The Prime Minister Saad Din Otmani does not inform Moroccans For his part, Foreign Minister Nacer Boureta remains faithful to his strategy of not informing the Moroccan public on vital issues such as the opening of borders. While Morocco prefers silence, the Spanish Minister of Foreign Affairs, EU and Cooperation, Arancha Gonzalez Laya, said Monday in Cadena Ser that Morocco will open its borders on July 10. Everything indicates that Rabat has informed Madrid and the EU of this decision. Regarding Operation Marhaba, she insisted that there will not be an operation like in previous years”, with more than 700,000 vehicles and three million Moroccans coming from Northern Europe, but this does not mean that there will not be citizens who will make this journey.