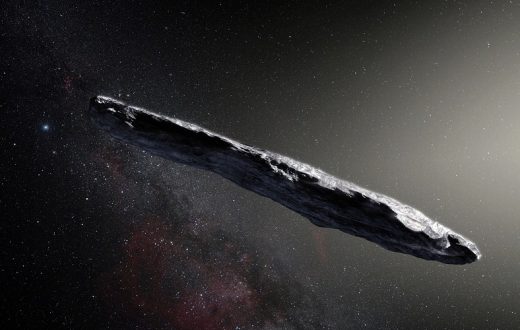 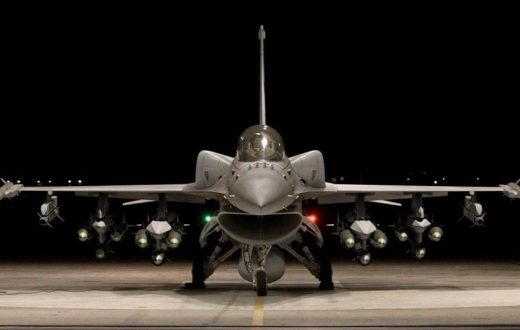 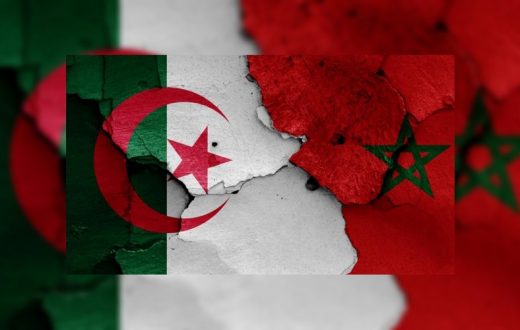 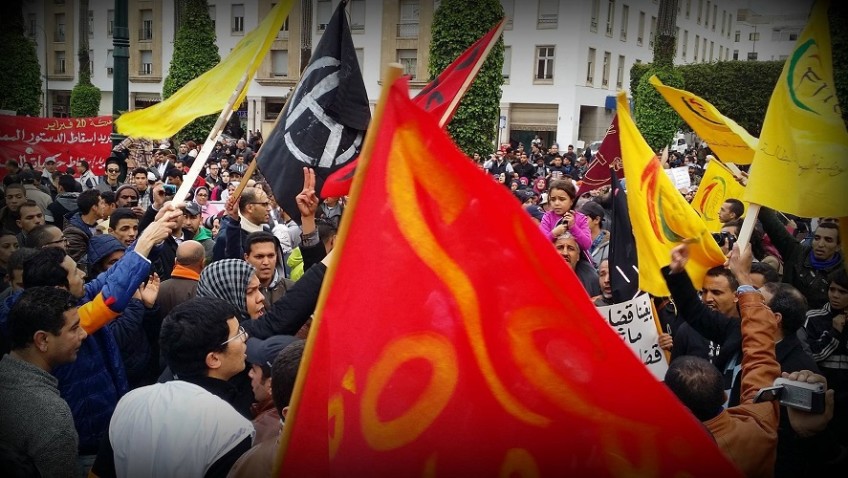 On Feb. 20, 2011, tens of thousands of Moroccans took to the streets in over 50 towns to demand freedom and democracy. In the euphoria that followed the initial protests, 40 civil rights groups and political organizations came together to support the youth of the newly named February 20th movement, which continued to organize nationwide protests in Morocco’s major cities and towns. King Mohammed VI responded to the movement’s demands on March 9, promising far-reaching constitutional reforms, including an independent judiciary, better rule of law, and an elected government that reflects the will of the people. He appointed a committee to draft constitutional reforms, and on July 1, 2011, they were approved in a nationwide referendum; 98.5 percent of voters favored the changes, according to the Ministry of the Interior. In November of 2011, parliamentary elections brought a new government to power, headed by the Party of Justice and Development (PJD), a moderate Islamist-oriented party that had not previously played a leadership role in parliament.

Were the Moroccan protests successful?

Five years later, how should we think about the consequences of the Arab Spring for Morocco? Were the Moroccan protests successful? Along a number of dimensions, the answer appears to be yes. First, the February 20th movement managed to organize sustained, mass mobilization. The protests that began in February reached their peak in April, a remarkable achievement when we consider that the protests in nearby Tunisia crested with the Jan. 14, 2011, overthrow of President Ben Ali, less than a month after the self-immolation of Mohammad Bouazizi triggered the initial Arab Spring protests. Protests in Morocco persisted despite the absence of a dramatic achievement such as regime overthrow. They took place in a country where mass protest had historically been tolerated only when it criticized other states and international actors, not the Moroccan regime itself.

Second, the protests did not lead to violence. The monarchy, unlike its counterparts in Bahrain and Syria, chose not to brutally repress the demonstrators, and the protests did not give way to the civil violence that has threatened or undermined stability in other parts of the region since 2011.

Third, the February 20th movement forced the king to respond: he promised reform, changed the constitution, and allowed a new party to form the government; the PJD continues to lead a coalition government, with new elections scheduled for October 2016.

For these reasons, Morocco looks like a pretty successful outcome, particularly in comparison with other states in the region. Indeed, there has been much discussion of a “Moroccan Exception,” referring either to the kingdom’s overall stability or to the king’s savvy move to defuse protest by offering constitutional reforms. The monarchy advertised its reforms as evidence of Morocco’s gradual movement toward democratization, an alternative to the authoritarian stasis or instability that prevailed elsewhere.

Foreign leaders praised the king’s moderate approach. A year after the Arab Spring, Secretary of State Hillary Clinton called Morocco “a leader and a model,” commending the regime for “holding free and fair elections, empowering the elected parliament, taking other steps to ensure that the government reflects the will of the people.”

Was Morocco really a model of peaceful progress toward democracy?

If the reforms had actually empowered parliament and led to a democratic transition, there would be little reason to doubt that the Arab Spring in Morocco was remarkably successful. But our assessment of Morocco’s fate five years later should be informed not only by government claims, or by comparing Morocco to other states in the region, but also by asking whether or not the February 20th movement made progress toward its goals. Erica Chenoweth and Maria Stephan, who have written extensively on nonviolent resistance, argue that an important metric of movement success is the achievement of campaign objectives.

By this measure, the Arab Spring in Morocco has been an abject failure. Moroccan writer Laila Lalami and independent journalists such as Ahmed Benchemsi, have torn apart the notion of a “Moroccan Exception,” arguing that this claim better reflects successful public relations by the monarchy and its foreign supporters than it does the real political situation in Morocco.

The key demand of the February 20th movement was a “king who reigns but does not rule.” In interviews with activists during the fall of 2011 and winter 2012, I learned that they envisioned a genuine constitutional monarchy, like England or Spain. If the king could be persuaded to democratize from above, Moroccans would be able to increase their rights while avoiding the violence and instability that has so often accompanied regime overthrow in the Arab world — not just since the Arab Spring, but after the U.S. invasion of Iraq, and after the coups that overthrew monarchs in Egypt, Libya, and Iraq during the immediate postcolonial period.

Only Tunisia has fared well after regime change, and it is smaller, wealthier, and has higher rates of literacy than its North African neighbors. “Who is to say we will be like Tunisia?” one activist told me, “We could end up in a civil war, like Syria. It is better to let the king take the lead.” The promise of constitutional monarchy — regime change without instability — shaped the February 20th movement’s objectives.

The hope that the king would limit his power helps to explain why his promises of reform proved effective in reducing the size of the protests. Many Moroccans thought that he ought to be given the chance to make meaningful reform, although core activists worried that the king would not voluntarily give up power without continued pressure from the street. Their fears proved well founded. Even as leaders in France, the United States, and elsewhere praised the king for his tolerance and willingness to democratize gradually, Morocco was arguably becoming less democratic.

What changed after the Arab Spring protests?

The first sign that the monarchy was not serious about increasing the voice of the people came from the process of constitutional reform itself; activists criticized the regime for appointing a commission, rather than seeking to represent opposition voices, in constructing the constitutional amendments.

Second, the reforms themselves did little to alter the balance of power between the elected parliament and the king and his court (known in Morocco as the makhzen). The king retained his prerogatives and parliament remained a neutered institution with a severely fragmented party system that includes over 30 parties. The most important change was a requirement that the king select the prime minister from the party with the most votes, a change that did little to address the parliament’s overall weakness.

Third, once the reform process had played out, and media attention was no longer focused on Morocco, the state began a campaign of outright repression of protesters and regime critics. Over the past four years, February 20th activists and independent journalists have been detained and arrested for criticizing the reforms and the regime.

Two years ago, Ali Anouzla, editor-in-chief of the independent online newspaper Lakome, which the monarchy has blocked, was arrested for publishing an article that linked to an article in the Spanish newspaper El País that discussed a video posted by al-Qaeda in the Islamic Maghreb. Anouzla was charged with providing material assistance to a terrorist group, defending terrorism, and inciting terrorist attacks. Anouzla, now out of jail on conditional leave, still faces these charges. His case demonstrates how the regime has masked its use of repression by claiming to be fighting terrorism.

The regime’s crackdown has been savvy, with few outright attacks on protesters. Instead, activists and journalists have been harassed, brought up on minor charges, and jailed for brief periods. These acts appear to be intended to silence criticism and discourage further contentious action in the kingdom.

Morocco in 2016 is stable. It is a reliable ally of the United States. It has taken steps to develop its economy and improve the well-being of Moroccans. It is not even close to resembling the most brutal of regimes the Arab world has seen. There are thus many reasons to appreciate the state of affairs in Morocco today.

But it is important not to mistake stasis for progress.

The biggest winner of the Moroccan Arab Spring was the monarchy itself, as I thought it might be on the first anniversary of the Arab spring. The February 20th movement’s objective — a monarch constrained by democratic procedures — has not been achieved. Instead, the king paid lip service to democratic aspirations while quietly shutting down critical voices.

Today, the king’s power appears more assured than ever. Some February 20th activists say that Moroccan politics has returned to the pre-2011 era, but in fact, circumstances are far less promising for democratic reform now than they were before the Arab Spring. First, the very fact that the regime survived unchanged makes it appear less vulnerable than it was before. Second, the regime has made opposition harder by targeting dissidents and limiting the independent media. Finally, pressure for democratization is unlikely to come from outside Morocco.

The relative importance of Morocco to the United States and France has risen as other allies have fallen or proven less reliable. The United States needs a stable ally in North Africa and does not want to put pressure on the monarchy.

Although stability in Morocco appears assured in the near term, a new article of mine, forthcoming in the British Journal of Political Science, suggests that targeted repression may lay the groundwork for future protests. In surveying Moroccan youth, I found that many protest leaders came from families that had experienced repression in the past. They were the sons and daughters of dissidents imprisoned during the era of the current king’s father, Hassan II. Their family’s experiences of repression left a lasting legacy. When the opportunity arose, these youth were already organized and ready to take to the streets. The repression of the past five years may similarly come back to haunt the regime in future years.

In the long term, the smart way to prevent renewed — and potentially more serious — protests, given that the king’s promises of reform were hollow, is for the regime to begin taking meaningful steps toward a constitutional monarchy in which power is more evenly shared with an elected parliament.

By sharing power, the king and the government would also share responsibility for economic growth and development. Dismal employment and growth prospects were a key motivator in 2011, and while the government has taken serious steps to improve the economic situation, growth has slowed and youth unemployment remains high. Democratization alone won’t solve these problems, but giving the country as a whole a greater stake in decision making may make it less likely that, the next time around, the king himself is held accountable for the country’s challenges.

Adria Lawrence is an assistant professor of political science at Yale University, and a research fellow at the MacMillan Center for International and Area Studies.

This piece is part of a series of reflections on the Arab uprisings after five years.