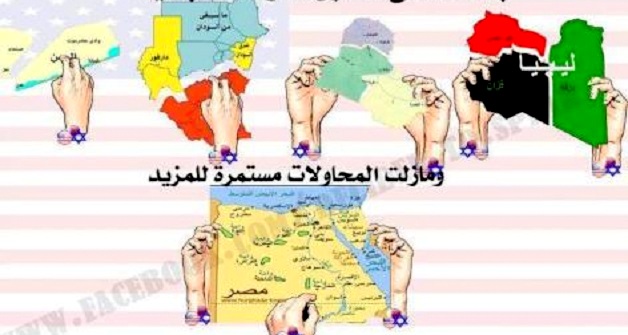 Marching towards the third geopolitical map in the Arab world

Every three or four decades the geopolitical maps undergo changes at an international level; sometimes drastic changes. The internal instability of a specific country is usually the trigger for these changes, infecting surrounding geographical areas and spreading chaos. This happens across different world regions. Sometimes, when certain political climates and conditions exist, geopolitical changes affect the entire planet. The different political, military and ethnic-cultural indicators that the Arab world is currently registering, point to a possible new geopolitical map, which would be the third to occur within the last three centuries. On this occasion internal factors play a pivotal role, much more than those from international powers, particularly the USA.

Historically the Mediterranean region, because of its heavy European and Arabic influences is the world region that has undergone most of the drastic geopolitical shifts over the last two centuries. This region is immensely rich – socially, culturally, religiously and ethnically. However, at the same time this wealth is the main driving force behind these changes. So much so that the emergence of new states and the disappearance of others have come to be a political tradition deeply rooted within the region.

As proof of this we can look to the fact that in the last century alone, Europe has undergone three big transformations to its geopolitical map: the first one, as a consequence of World War I in 1914-1918; the second, as a reflection of World War II in 1939-1945; whilst the last one took place after the end of the cold war in 1990. The nationalist demands in countries like Spain, Italy, the United Kingdom, Belgium, and France is a symptom that this dynamic is once again emerging in Europe.

The Arab World is currently being shaken by some events of an unforeseeable scope. The following deserve special mention:

– the clashes between Sunnis and Shiites that have originated in Yemen, which have led to military intervention led by Saudi Arabia at the end of March 2015.

All these factors are generating changes that will, sooner or later, alter the geopolitical map of this region, though it can be argued that the beginnings of these changes are already noticeable.

From a geopolitical perspective, during the last three centuries the Arab world has undergone two major alterations to its cartography. The first map drawn in the Arab world was the result of the territorial expansion of the Ottoman Empire, which lasted from 1299 to 1923. It extended from Baku in the Caspian Sea to Tlemcen in Algeria, and from Aden in Yemen to Budapest in the center of Europe. The Arab world, except for those countries on its periphery, like the Kingdom of Morocco, Oman and Sudan, was a group of Ottoman provinces.

The second map was the result of the colonial intervention, which occurred in two phases: the first phase, after the Berlin Conference in 1884, which gave rise to the colonization of Northern Africa, the Maghreb; and the second one as a consequence of the secret arrangement known as the Sykes-Picot agreement, that was reached between France and the United Kingdom in 1916, and which after the fall of the Ottoman Empire in 1923, divided the East of the Arab World (Machreq) into territories under the control of both powers.

To a great extent, the current configuration of the Arab world map is the result of both geopolitical maps, but especially the most recent one, caused by colonialism. But as history is dynamic and maps do change, notable signs of a shift in the geopolitical map can be seen taking shape.

Within this framework, there are several factors that contribute to this process:

– Firstly, the external factors, especially from the two British-American wars against Iraq in 1991 and in 2003. During the last war, George W. Bush Administration intended to create what is called the Greater Middle East, which would extend from Mauritania and Morocco in the west, to Pakistan and Afghanistan in the east. The Moroccan capital, Rabat, hosted a congress in 2004 to discuss this project, which included an undisclosed Marshall Plan.

But the project failed, and it resulted in a substantial change, which allowed the Shiites to become the main force of Islam, to the detriment of the Sunnis in Iraq, and progressively across the entire Middle East.

The Shiite expansion in the Middle East is set to provoke, and in reality it is already doing so, a substantial geopolitical change in the region, given the weakness of the Arab Sunni regimes. The Moroccan researcher Moulay Hicham Ben Abdelah in Le Monde Diplomatique (February 2015) considers that “the Middle East is experiencing a cold war between the Sunnis and the Shiites”, a war from which changes are to be expected.

The influence of major powerhouses like the USA is still visible, but it is not going to determine the future of the configuration of the new geopolitical map in the Middle East. The main protagonist will be Shiism.

In his book “The Revenge of Geography”, Robert D. Kaplan highlights the role of Iran on the future of Middle Eastern maps, especially because of the strength of Shiism. Since its invasion of Iraq, Washington has lost its strategical hold on the Middle East, because of its failure to pacify Afghanistan, alongside the emergence of the multilateral world that is currently being consolidated, and because of this it is very unlikely that it will play a key role in its future.

– Secondly, the Arab Spring, which has awoken ethnic, cultural and religious demands. Within this framework, this socio-political phenomenon must be treated like a process of a spirit of change and a renaissance that, in spite of its current failure, will be long lasting. The diverse ethnic groups that comprise the Arab world in general and its countries in particular, are demanding political reform, and are even striving to create their own states in the future. The phenomenon is quite visible in many Middle Eastern countries like Iraq and Syria. History proves that ethnic and religious claims are the main driving force behind the emergence of new states and in the alteration of the geopolitical map. In light of the lack of democracy and the absence of mechanisms of dialogue, sooner or later changes to the Arab geopolitical map must be expected.

A new outline has been revealing itself for a number of years, from which the following facts should be highlighted:

– Currently there are two Arab countries that are not in control of their borders, and haven’t been for many years. These two countries are Iraq and Syria, and the lack of control is due to the civil war, Kurdish attempts to achieve independence, and to the new political reality that terrorist movements like the Islamic State are imposing. In this context, Syria is becoming the new Yugoslavia, a country that was broken up into several countries more than a decade ago, which resulted in the balkanization phenomenon.

– Yemen’s continuous instability may cause the division of the country, especially after the Saudi Arabian military intervention: a northern North Yemen and a southern South Yemen, that is, the recovery of the two state structure that existed before the unification in 1991.

– The threat of the emergence of new states also exists in the Maghreb region. The Western Sahara Conflict is still on-going after four decades and could give rise to the birth of a new entity in the South of Morocco. The demands of the Imazighen (Amazigh ethnic group) in the Maghreb, especially in Algeria, could led to a new Kurdistan in this region in the future. For its part, Libya is not immune to this threat, as the fall of Gaddafi once again gave rise to tribal demands, the east against the west, and the south against all the others.

In conclusion: The important events that are currently taking place in the Arab world fueling the fire for a new geopolitical map, the third one after the Ottoman Empire and the colonial map. But on this occasion the ethnic, religious and cultural demands, besides the rise of Shiism in Iran, are the determining factors.