Despite Italy’s recommendation, Berlin refused to invite Morocco to the conference on Libya 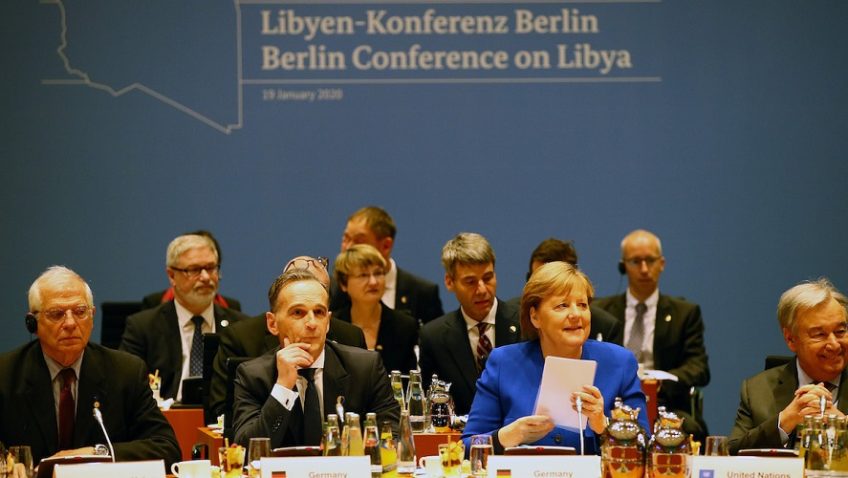 The conference on Libya

Italy proposed to Germany to invite the Maghreb countries, including Morocco, to attend the Berlin summit on Libya. But Berlin considered that the presence of these countries was useless, which led Morocco to issue a communiqué whose tone is not very diplomatic towards Germany.

The newspaper Al-Quds al-Arabi has learned from high-level European sources that the Italian Foreign Ministry has made a series of practical proposals, including inviting a group of countries to the Berlin summit, especially after Italian diplomat Luigi de Mayo’s visits last November to North African countries, including Morocco, where he agreed with his Moroccan counterpart Nasser Borita on a series of proposals and recommendations. Italy took on this task as a European country that knew Libya well because of its close ties, including the Italian colonization of this Maghreb country.

The Italian official forwarded all the proposals and recommendations to the German Foreign Office, headed by Heiko Mas, including a key recommendation on the necessary involvement of Morocco, Algeria and Tunisia for two main reasons:

The first reason is the commonality of the three countries with Libya as well as with Mauritania, given that these countries have already been making efforts to find a solution to the Libyan situation for years, in particular Morocco and Algeria,

The second reason, according to the Italian recommendation document, is the existence of qualitative and intense relations between the tribes of Libya and those of Algeria and Tunisia, a factor which will help to solve the problem posed in Libya.

Morocco was certain that it would be invited to participate in the Berlin meeting to such an extent that Foreign Minister Nasser Borita and Head of Government Saadeddine Otmani did not schedule anything as an official activity over the weekend, and the Moroccans’ certainty was reinforced after Berlin invited Algeria to attend. But finally Berlin excluded Morocco and sent a late invitation to Tunisia.

Berlin hosted the Libya Summit on Sunday 19 January, with the participation of 16 countries and organizations, including the UN, and the presence of leaders from countries such as Turkey’s Recep Tayyip Erdogan, France’s Emmanuel Macron and Russia’s Vladimir Putin, and ended with the recommendation to ban arms sales to Libya and the gamble on a political solution between the opposing parties, represented by the head of government Fayez Sarraj and war baron Khalifa Haftar.