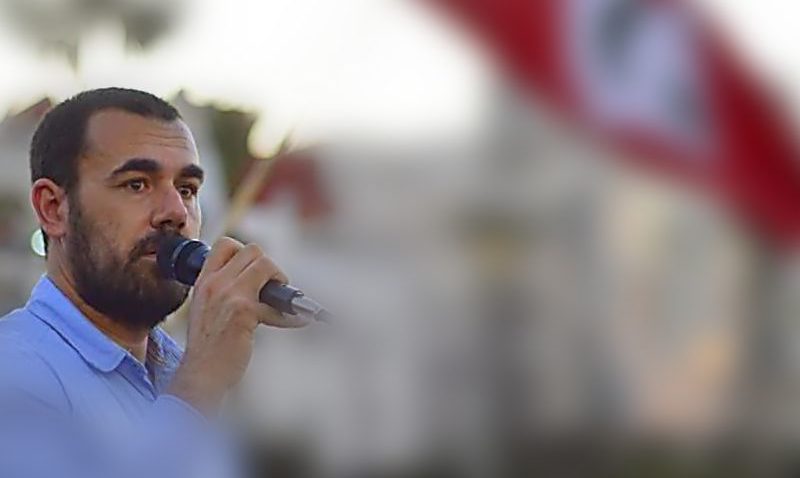 The European Parliamentary Committee in charge of Sakharov Price will announce next Thursday, October 25th,  the name of the winner of the Sakharov Prize for freedom of thought to the year 2018.

Nasser Zefzafi, one of the most prominent faces of the social movement of the Moroccan Rif region is one of the three candidates to this huge distinction. His possible  victory could be a powerful victory for the human rights in Morocco and a warning after blunders committed by the Moroccan authorities while dealing with the protests and that its way of managing  the issue could lead to a serious crisis with the international community.

The candidacy of Nasser Zefzafi was able to succeed in the first two steps of the designation process: The first step had brought together dozens of candidates and the second held eight after the filter of the first one. Arriving at the final stage, the application of Zefzafi is neck and neck with two other nominations of a rather good weight: a group of non-governmental organizations working to save victims of illegal immigration in the Mediterranean sea and the Ukrainian Director Oleg Sentsov.

The Moroccan State tries, through the Moroccan obedient media, to  question the seriousness of the candidacy of Zefzafi and present his eventual success as a betrayal of the fatherland, but this posture has no credibility since Morocco is part of the international community and maintains close cultural, economic and political relations with the European Union, , and is present in international forums. We are in the 21st century and the world is moving toward greater interaction between Government and civilian components.

As a result, Moroccan state cannot act with selectivity in its relations with the European Union: on the one hand, to accept European financial aids, including those intended to combat corruption and reform the judiciary system, and in the same time to oppose a distinction given to one of its citizens by the European Parliament, which is the institution of the European Union that represents the sovereignty of  European peoples. That is why this situation is a serious contradiction: “Yes” for the money and “No” for the values of solidarity.

In fact, the accusation of betrayal is the weapon of cowards who want to cover up corruption and the embezzlement of property in the country. In a not so distant past the deceased King Hassan II accused of betrayal all those who dared to mention the terrible detention center of Tazmamart, but European and international pressure eventually reveal to the entire  world the existence of this terrible camp that is worse than any medieval prison. Today, there are logical and objective reasons that any advocate of the human rights aspires to Nasser Zefzafi winning the Sakharov Prize, and that Moroccan journalist Hamid Mahdaoui, candidate for the prize of courage awarded by Reporters Without Borders, wins this distinction.

A victory of Zefzafi will honor the history of the  Moroccan people struggles for freedom and justice in honoring the Hirak(the protest movement of the Rif region) that  lasted many months without a single act of violence, which is a proof of the popular consciousness of a the peaceful activism importance.

The second reason is the need to  open this award to south Mediterranean countries, mainly the Arabo-Amazigh area, this award will strengthen the community of values between the peoples of Europe and the Maghreb, it is not very logical that the Committee selects candidates from remote areas and ignore, for reasons of miserable politicking and pressure from Paris and Madrid governments, the fight of the peoples who are on the southern border of the Union European.

At the same time, a victory of Zefzafi will include a relevant message to the Moroccan State on the need to abandon the strategy of the conspiracy and the purely security treatment when managing social issues. The State had committed a big mistake by accusing activists of the Hirak of secessionism rather than respond to the legitimate demands of the protest movement (the construction of a hospital and a University, and jobs for the young jobless in the Rif region). We are in the 21st century and Moroccan justice condemns legitimate activists of Rif region to 20 years  prison due to mere social demands.

The Moroccan State seems not to understand that his purely security-based approach creates a strong feeling of anger at the Rif community and encourages illegal emigration to escape the trials and the very harsh sentences with all dramatic consequences as the drowning of young people at sea. This approach has also pushed thousands of young Moroccans to seek political asylum in various European countries.

We ask  again the same  question: Is it reasonable to order the arrest of more than 800 young people from the Rif region (city of Al Hoceima in particular, where Zefzafi lives) for very  simple social demands?

Indeed, Morocco is experiencing a decline in freedoms, in addition to the arrests in the Rif, we are witnessing trials based on strange accusations as in the case of the journalist Hamid Mahdaouy, founder of the digital newspaper badil.info, who was sentenced to three years prison on a rather fictitious charge: he did not warn public authorities after receiving a telephone call from an anonymous correspondent who claimed he will send Russian tanks to the Rif to support the protests and provoke the widespread insurrection. Have you ever heard of someone who will buy battle tanks in Russia and have them cross all over Europe and especially the whole Spanish territory to get them to Morocco without being worried? Are tanks now selling in supermarkets and carrying in the pocket like a box of candy?

Let’s mention  the case of journalist Taoufik Bouachrine, founder of the Arabic daily Akhbar Alyaoum, distinguished by very serious chronicles, who  is accused of human trafficking while his trial does not benefit from the conditions of a fair trial. Examples of rights violations in Morocco are numerous and are often denounced in their reports by international associations such as Amnesty international, Reporters without borders or national ones like the Moroccan Human Rights Association.

King Mohammed VI has acknowledged himself in a speech to the nation the failure of the development model adopted by the country and the existence of glaring social disparities and the maldistribution of wealth by questioning: “but where is the wealth of this country? I don’t see it in my visits and tours! » . It’s time for him to recognize, as he had admitted in 2005, the decline in the country’s rights respect.

The attribution of  Sakharov Prize for Freedom of Thought to Nasser Zefzafi, symbol of the  Rif struggle will never be a threat to the Moroccan-European relations but will rather  give a touch of necessary franchise for the official Moroccan authorities that they should change their  policy on human rights and abandon the reflex of conspiracy while dealing with social issues and will be  a reminder that the real enemy of the nation is the grand corruption that gangrenes all the gears of the Moroccan state and  causes death dramas of young candidates to illegal emigration, by drowning in the Mediterranean Sea.