Russia-Ukraine war : The end of the world order and the continuity of history 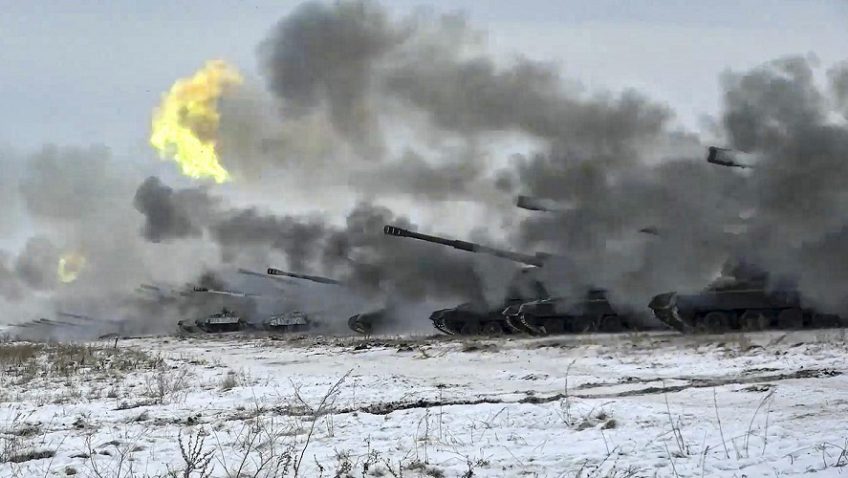 Russia’s war against Ukraine is a real earthquake in international relations and a turning point with geopolitical implications in the deepest sense. The world is on the brink of events that may not be expected, and can be summed up in the following phrase: “History does not end, but the world order ends and changes” or “The end of the world order and the continuity of history”.

There was a prevailing idea in political and academic circles for decades, even during the Cold War, that major geopolitical developments would be impossible, especially on the European continent or in the West in general and in Russia. Therefore, the course of history today will not change, unlike in not so distant historical periods, such as the Second World War or the communist revolution of 1917.

This intellectual sensation is due to two factors. The first is psychological: each generation believes that it is living in the “stagnation of history”, and its dynamics have come to a standstill. This sentiment was unsuccessfully translated by the American academic Francis Fukuyama in his book “The End of History” when he spoke of the supremacy of the liberal order forever. Despite the fact that this theory is not valid, and even its author has retracted it, the sense of “no change” continues to exert its impact on analysts and academics.

The second factor is a dangerous pyramid in the world of idea production. The West remains the main producer of ideas, and the thought process tends to be geographically specific, i.e. the West and its interests.

It seems that Western public opinion is now discovering, through Russia’s war against Ukraine, the true meaning of the US war against Iraq. It now understands what it means to invade and destroy a country. Not only that, but it also understands the danger of the war spreading to other European countries.

At the same time, Western public opinion is beginning to discover the ugly truth of the refugee problem. But there is a paradox: some Western politicians make a distinction between a “blond, green-eyed Christian refugee” and a “brown Muslim refugee” from Ukraine and a “brown Muslim refugee” from Yemen and Afghanistan. It should be noted that refugees from Yemen and Afghanistan  are the result of Western and Syrian policies, not excluding the responsibility of dictatorial regimes in the Arab and Islamic world.

One manifestation of the misunderstanding of the dynamism of history is what happened in the 1920s and early 1930s, i.e. the years after the First World War. Geopolitical thinking began to progress at this time, and most studies pointed to the extension of peace and the entry of a new era in the world. Most of the thinkers of the time forgot that half the world was a powder keg.

On the one hand, there were liberation movements against colonialism on the Asian and African continents, and on the other, Germany was arming itself to avenge the humiliation inflicted on it by the Treaty of Versailles at the end of the war in 1918.

The failure to understand the dynamics of history is the most risky thing that states and thinkers can face in their vision of the future. Especially those who are unaware of the impact of past events and believe that they will not be repeated in the future. There are also those who believe that geopolitical changes at the country, regional or global level are long-term, i.e. they do not affect the current generation, but will affect future generations.

Since the beginning of this century, i.e. for 22 years, the world has accumulated many events that have strongly marked the life of this generation. They will undoubtedly provoke many important events in the short, medium and long term because they have left wounds.

These major events include: the terrorist attacks of 11 September, the invasion of Iraq by the United States and Britain, the outbreak of the Arab Spring and the strong rise of extremist nationalist movements in the West inspired by Nazi ideology. As well as the explosion of the arms race in a dramatic way because of its link to the return of war, the India-Pakistan conflict, and finally the Corona virus pandemic.

All regions of the world are menaced by the possible outbreak of crises. If a national crisis does not erupt, a regional, international or global crisis will. The current Russian-Ukrainian crisis is perhaps a case in point. The Russian-Ukrainian conflict was thought to be under political control and to involve only two countries. Despite the dangerous signs that had been appearing since the Donbass war in 2014, the world preferred to stay in the “comfort zone” until it was surprised by the return of war to the heart of Europe these days. In justification of the lack of foresight, the voices of “lazy” thinkers and analysts say: “Nobody expected the return of war to the heart of Europe in the 21st century”.

Other unrealistic voices explain what is going on with President Vladimir Putin’s ambitions. In relation to this, a series of reports began to emerge that dealt with his psychology and way of thinking to present him in an image resembling a new Hitler. While the issue is linked to Russia’s national security, which goes beyond Putin himself, former president Boris Yeltsin raised the issue of NATO expansion with great force and concern in 1994. No doubt the next president after Putin will raise it if NATO continues its policy of expansion.

This Russian-Ukrainian war is still one of the wars the world is witnessing now because there are other armed conflicts such as the one in Yemen. It receives a lot of attention because it is taking place in Europe and threatens the West. Moreover, the geopolitical changes that will result from it, especially those affecting the West, including the end of the current world order. The Ukraine-Russia war confirms: “the end of the world order and the continuity of history”.