Prince Hicham: Algeria’s democratisation will put the Moroccan regime in a difficult situation 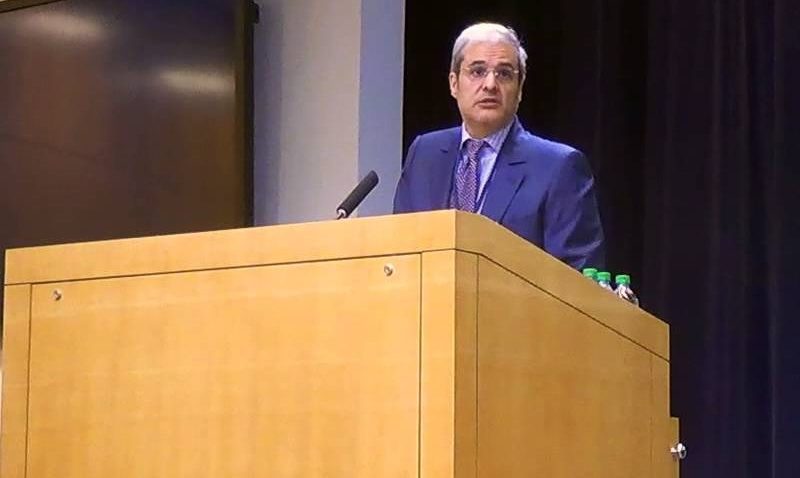 Hicham Alaoui
The Moroccan prince Hicham Alaoui points out that the Algerian military institution could learn from the methodology/maneuver of the Moroccan Makhzen to respond to the democratic demands of the Algerian people. Pointing out that if the Algerians manage to establishing democracy, Morocco will be in a difficult situation.
Hicham Alauí presented these ideas at a lecture at Duke University on 28 March 2018. The title is “The Arab World Between Revolution and Counter-Revolution” . This lecture coincides with the return of the Arab Spring in countries like Sudan, Jordan and above all Algeria. The Main ideas were:
1: The Arab Spring and its aftermath share  resemblances with European Revolutions of 1848.  One difference, however, is that the counterrevolutionary reaction against the Arab Spring is producing a revamped, unenlightened version of authoritarianism that ignores the new social reality and instead retrenches its patriarchal, despotic power.  While Europe’s enlightened despots sought to absorb and deflect change by offering citizens a new type of political order, or at least reforms designed to incorporate growing forms of nationalist consciousnesses, the post-Arab Spring order offered by regional autocrats is different.  It attempts to crush change by eliminating all dissent.
2: Maghreb situation.  Like Egypt, the Algerian military is the backbone of the state.  The Bouteflika era was a modest reconfiguration of this formula, as the civilian president nibbled at this hegemony by drawing upon new business elites and shuffling the security services.  The downfall of Bouteflika marks the military’s return to the visible forefront of Algerian politics.  This political moment is a transition, but not a necessarily democratic one.  The Algerian military will try to learn from its arch-nemesis, the Moroccan makhzen, by recycling the system and its elites.  Inversely, the Moroccan Makhzen is looking at Algeria with apprehension.  The two regimes, monarchical and militaristic, have common features; they are liberalized autocracies with pluralist elites and opaque decision-making processes.  If the Algerian regime does begin genuine steps towards democratization, the Moroccan system will find itself in an awkward position.

3: China and Russia are international powers with no interest in promoting democratization.  However, they use different strategies to do so.  Russia provides diplomatic cover to autocracies, such as in Syria and Ukraine, and is even willing to militarily intervene in order to strengthen their favored regimes. China is subtler, supporting authoritarians in the Middle East through economic and financial resources, as well as promising increased trade and investment.